Last Night at 11:40 pm, Mattydale Fire was dispatched for a three-car MVC with one smoking on Northbound 81 on the bridge over Mattydale. Car-3, Squad-4, and Engine-2 responded. While responding, Onondaga County Fire Control reported police were on scene confirming one car on fire. Squad-4 arrived as the first fire unit and immediately deployed the bumper line, and began extinguishing the flames. Ambulances from NAVAC and AMR were already on the scene treating victims. Engine-2 arrived began handling hazards from the other vehicles involved. Once the fire was extinguished, the crew from Squad-4 assisted with any other hazards. Once able, engine-2 and squad 4 redirected to Brewerton road underneath the bridge. Due to the amount of gas on the road draining off the highway onto the ground below, a trench was built by the crews to try and minimize the amount of gas going into the creek/ natural water below. The DEC was notified as a precaution. All units were returned to service an hour of dispatch.

1 of 32 of 33 of 3
51 entries in the Call history
MVC Vehicle Fire
Last Night at 11:40 pm, Mattydale Fire was dispatched for a three-car MVC with one smoking on Northbound 81 on the bridge over Mattydale. Car-3, Squad-4, and Engine-2 responded. While responding, Onondaga County Fire Control reported police were on scene confirming one car on fire.
➜
MVC Rollover
While returning from the Thursday night drill tonight, Liverpool Fire Department was dispatched to Southbound I-81 for a car accident with multiple cars involved. One car rolled over Mattydale engine two immediately offered our assistance due to the severity of the call.
➜
MVC

On Saturday February 20th just after 2:00pm Mattydale Squad-4 got dispatched to a MVC on South Bay Rd in front of the Denny's, Squad 4 arrived to find a vehicle that had rolled over and two patients were transported to the local trauma center.
➜
Vehicle Fire 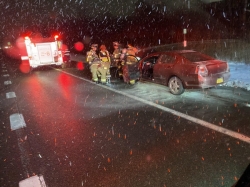 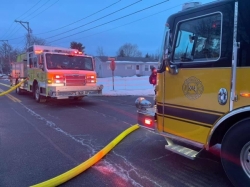 Around 06:30 Mattydale Squad-4 was dispatched as the RIT team to a residential fire in Cicero. Initials callers called into the Onondaga County 911 reported smoke and fire inside the residence. Police arrived and confirmed heavy smoke showing, along with a Cicero Chief confirming.
➜
Truck Fire 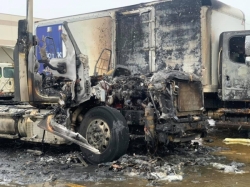 Just before 1230pm today Mattydale Fire was dispatched to the Lyncourt Fire District for reports of a tractor trailer fire. Mattydale engine 2 with a crew of 5 responded just after dispatch and arrived simultaneously with Lyncourt Engine 1.
➜
2nd Alarm Structure Fire 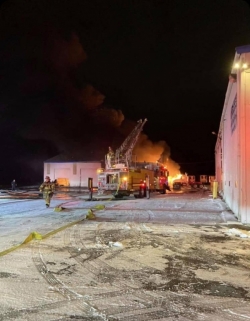 Just after 1:00am this morning Mattydale quint 3 was requested to the scene of a reported building fire. Initial callers reported fire through the roof and lots of smoke showing, as well as police on scene stating the same East Syracuse Car-1 arrived, confirmed the initial dispatch report and struck...
➜
Residential Fire 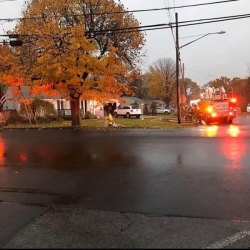 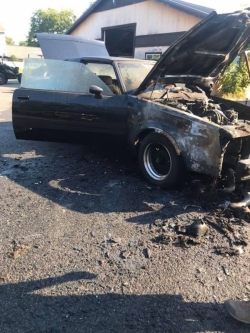 This morning just after 9am Mattydale Fire was dispatched to a vehicle fire in the first due with callers reporting smoke and flames from the engine compartment. Car 3 arrived first and confirmed the dispatch, with engine 2 shortly behind.
➜
MVC 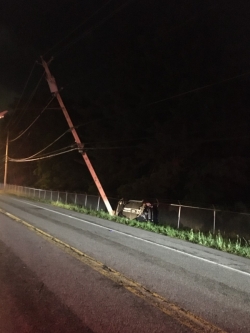 Mattydale Fire was dispatched to a one car accident with wires down at 3:46 am. Upon arrival, had one vehicle on its side, against fence with National Grid pole broken near its base, with wires down on the ground.
➜
Dog Rescued! 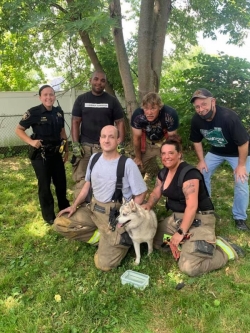 Saturday at 11:03 am Mattydale Fire Department was dispatched to the 300 block of Richfield Blvd. to assist a citizen. The resident had not seen their dog since Friday night and feared it was stuck under their detached garage.
➜
Car Fire 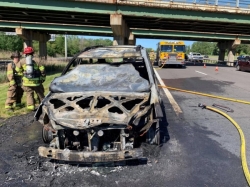 Today just before 4:00pm Mattydale was dispatched to Southbound 81 to meet the police on scene of a car fire. Police reported the car as fully involved. Mattydale engine 2 responded within minutes. Upon arrival units found a 2005 minivan fully engulfed in flames.A handline was deployed off t...
➜
Mattydale Performs "RIT" duties at lyncourt fire 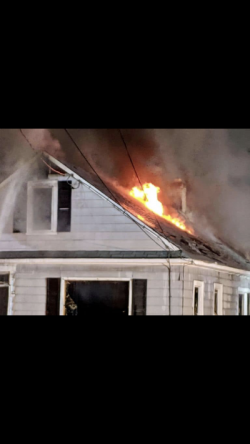 Tonight, just before 8:00 pm, Mattydale was requested to the scene of a working structure fire in the Lyncourt fire district. Lyncourt car-1 was first arriving and reported heavy smoke and fire from the rear of the home, and signalled a 99, as well as establishing outside operations Due to living co...
➜
Mattydale Battles massive Blaze on Harrington st 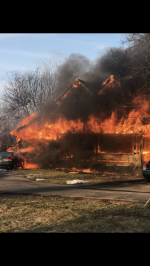 Mattydale fire department was dispatched to north syacuse for a possible house fire with multiple callers. North syracuse engine 6 arrived to find heavy fire blowing out a bay window on the "A" side and quickly gave a signal "99".
➜
Mattydale gets dispatched to 99 for RIT

At approximately 19:30 hours Mattydale Fire Got Dispatched to north syracuse for a house fire. Mattydale assumed RIT responsibilities upon arrival. All occupants made it out of the home safely, however there was extensive damage to the home.
➜
Mattydale gets activated for RIT to North Syracuse, assignment changes

Wednesday, September 6th, Mattydale was activated for RIT to a reported house fire with entrapment in the North Syracuse fire district. Squad 4 Quickly went route and found themselves 2nd due. Mattydale's RIT assignment quickly changed to Search and rescue due to the lack of manpower currently a...
➜
Mattydale rescue dispatched for a signal 80 rollover Tuesday morning around 07:30 hours mattydale was dispatched for a signal 80 rollover with possible entrapment. Engine 2 and car 2(Fitch) arrived to find one car on its roof with heavy exrication needed.
➜
Engine 91 responds to multiple vehicles on fire on the thruway 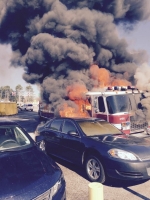 Friday morning, Engine 91 was dispatched to the thruway in Liverpool for mutual aid. Several callers stated multiple vehicles on fire, including a fire truck. Liverpool Car 2 arrived and confirmed dispatch and reported the fire was starting to extend to a building.
➜
Mattydale Fire Department battles fire at Salt City Billiards

At 04:40 hours on Wednesday morning the Mattydale fire department was dispatched for a reported fire at Salt City Billiards, 3707 Brewerton Road. Chief Tim Zacholl arrived to find smoke showing from the west side, rear, of the building.
➜
1 of 32 of 33 of 3
51 entries in the Call history
The Mattydale Fire Department
173 East Molloy Road
Mattydale, NY 13211
911
315-454-0090
Map
Directions

This site has been viewed 347,750 times.
Calls
News
Events
Pictures
Apparatus
Maintained by the members and staff of The Mattydale Fire Department. Designated trademarks and brands are the property of their respective owners. Copyright © 2006-2021. YourFirstDue Inc. All Rights Reserved. Content on this web site is supplied by The Mattydale Fire Department. YourFirstDue Inc. cannot be held responsible or liable for any content, text, pictures, or any other media found on this web site.
Management login
Powered by

YourFirstDue.com
Websites for Fire and EMS
© 2021 The Mattydale Fire Department